Radiology is the field of medical science that helps in diagnosing diseases using medical imaging based on the exposure of the internal cells to varying energy frequencies and wave-lengths. The various ways this is done are:

Most of us know about X-Rays. The vast majority of us were exposed to X-Rays as kids. Whenever we fell down, were hit hard with something or had an accident, had unbearable pain in our bones accompanied with swelling, the doctor said that we might have broken our bone(s) and to check that an X-ray needs to be conducted. X-rays are high energy electromagnetic waves that are absorbed by bones, which contain a high amount of calcium and appear as a shadow on a two-dimensional image.

These high energy rays are exposed to the area under suspicion, and the image reveals important details such as cracks and dislocation. Lungs are visible in X-Ray as well because they absorb it less. Tuberculosis, hernia, and other diseases can be detected easily using this technique. Mammography is done using X-Ray, which helps in the detection of breast cancer. Prolonged exposure to such high energy rays can have harmful effects.

In this technique, atomic nuclei are aligned using a strong magnetic field. A radio signal is used so that the axis of rotation could be disturbed. The frequency generated by the nuclei returning to the baseline states is observed. Small antennas, which are called coils and placed near the part of the body that has to be diagnosed, collect these signals. MRI is helpful in taking images of tissues as it is difficult to take them using an x-ray. MRI has helped detect the advancement of cancer and its penetration.

In ultrasound, high-frequency sound waves are used. The sound penetrates the body and is reflected back to the transducer. This helps in the image formation of the organ or part of the body that is being tested. Ultrasound is not helpful in case of overweight patients as their subcutaneous fats absorb a lot of this sound. This technique is greatly dependent on the person performing the diagnosis and the size of the patient. It has been formed only in the past 30 years. Earlier only two-dimensional images were formed, but now three and four-dimensional images are formed too. It cannot be used for air pockets like bowel loops or lungs. No radiation is used in this technique and is not harmful to the patient.

In computed tomography, X-Ray imaging is used along with computer algorithms to scan the body. An X-Ray tube along with X-Ray detector(s) is used in a ring-shaped apparatus, which rotates around the patient, and an axial image is constructed. However, this is potentially more harmful as it exposes the patient to more radiation. To know more about radiological scans, visit website.

In this technique, visualization and measurement of the metabolic processes of the body are done using radioactive substances to check changes in physiological activities like metabolism, blood flow, etc. Because PET uses a radioactive substance as a tracer for imaging, it comes under the category of nuclear medicine. It is also called functional imaging technique as it images the various functions of the body.

Interventional radiology is the use of the techniques as mentioned above, using minimally invasive procedures. Minimally invasive procedures are the ones, which involve the surgeries in which the size of the incision is small so that it can reduce the time of wound healing, and therefore, involves less pain and has even lesser chances of infections.

All these techniques have greatly smoothened our lives as they help in the diagnosis of the diseases, and nowadays, we are detecting them in their early stages, thanks to Radiology! Early detection is key to cure, as patients can be cured or operated upon before it causes too much damage to the body.

Previous Post: « Testosterone, Steroids and HGH Cycle Guide
Next Post: 6 Reasons Why Diploma In IT Is A Great Career Option »

Hello fellow brides and party throwers. My name is Lucy and I’m a wedding & events planner. It’s a busy job, with long hours, but I wouldn’t trade it for the world! I absolutely love what I do and I want to share my tips and tricks for budgeting, lifestyle and parties/weddings with other passionate people online Read More… 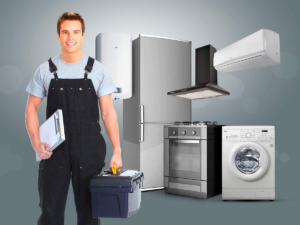 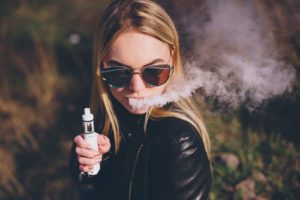 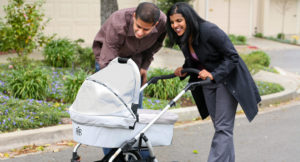 Hello fellow brides and party throwers. My name is Mackenzie and I’m a wedding & events planner. It’s a busy job, with long hours, but I wouldn’t trade it for the world! I absolutely love what I do and I want to share my tips and tricks for budgeting, lifestyle and parties/weddings with other passionate people online Read More…